Rare Pepe Gets Blockchained, Made Into Tradable Counterparty Tokens

Starting in October 2014, users on the /r9k/ (robot9000) board on 4chan began referring to original illustrations and photoshops of Pepe the Frog as "Rare Pepes"; sharing the "rare" images of Pepe as if they were trading cards 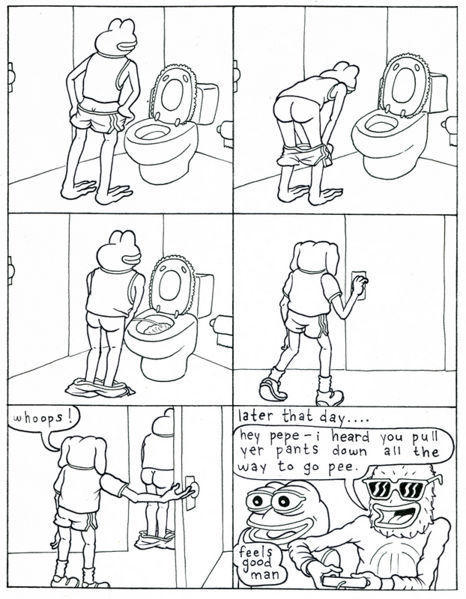 The Birth of Rare Pepe For years people have been trying to preserve the rarest of pepes from being stolen.

Thanks to Bitcoin and Counterparty we can associate these Rare Pepes with tokens to make them truly rare. Now Pepe’s can preserve their rareness and actually be traded on the market. Should Pepe Live on Bitcoin?

I’ve also heard some vague accusations that counterparty\rare-pepe are not good for bitcoin… although I’ve not seen any detailed discussion of the topic. Pls reach out if you have more information on pepe and Bitcoin.

I know there are a lot of newer projects, like memes, memecoins get copied. That doesn’t interest me as much as the other digital art projects, and mostly the history.

There are many other aspects of digital art that interest me, and I’ll be diving in, beyond pepe, coming soon. You can have a sneek peek of my new Rare Digital Art page now, although it’s not ready for production, and this resource belongs over here, anyway.