The root problem with conventional currency is all the trust that’s required to make it work. The central bank must be trusted not to debase the currency, but the history of fiat currencies is full of breaches of that trust. Banks must be trusted to hold our money and transfer it electronically, but they lend it out in waves of credit bubbles with barely a fraction in reserve. We have to trust them with our privacy, trust them not to let identity thieves drain our accounts. - Satoshi Nakamoto

Bitcoin has a fixed supply schedule, and is difficult to change. The only reason it still exists is because it’s leaderless and decentralized, so that it would be exceedingly difficult for governments to shut it down.

No other blockchain or cryptocurrency fulfils that need.

Even if you aren’t too concerned about that, there are plenty of reasons, “Why Bitcoin?” However, that is plenty enough for me… the rest of the reasons people have for why are, to me, more about “How” Bitcoin will succeed.

It’s fixed supply schedule does imply some dramatic increases in its price for the future. However, I’m not an investor, becuause I don’t have any money. So it’s fluctuations in price have minimal impact, upon myself.

I’m more concerned with it’s ability to solve, what I see as, a moral problem.

I just love that there is a choice, and a possibility for me to earn a living, without the necessity of a purposfully broken currency. I’m not there yet, but it’s a dream.

…to, eventually, include the many reason why

Why Bitcoin & why sooner rather than later? – Hacker Noon

This article was inspired by an investor of ours who was looking to present the case for bitcoin to his firms investment committee. I…

In the United States, that began around the time the Federal Reserve was enstated, 1913. They do this by creating dollars with no underlying value, but are treated the same as all other dollars in circulation. The immediate result is apparent prosperity, as was seen during the roaring ‘20. However, the crash is sure to follow. 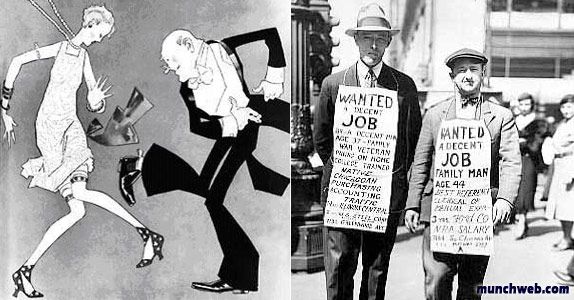 Bitcoin is a hedge against such practices, since previously, citizens had no other choice but to use their local currency. Outside of the US, many countries made use of even more extreme inflation than in the states. In those cases, global citizens have used US dollars, to opt out of their local failing currencies. However, that is just kicking the can down the road.

Of course, shit rolls down hill, so private banks make use of similar practices, funneling wealth from the bottom to the top.